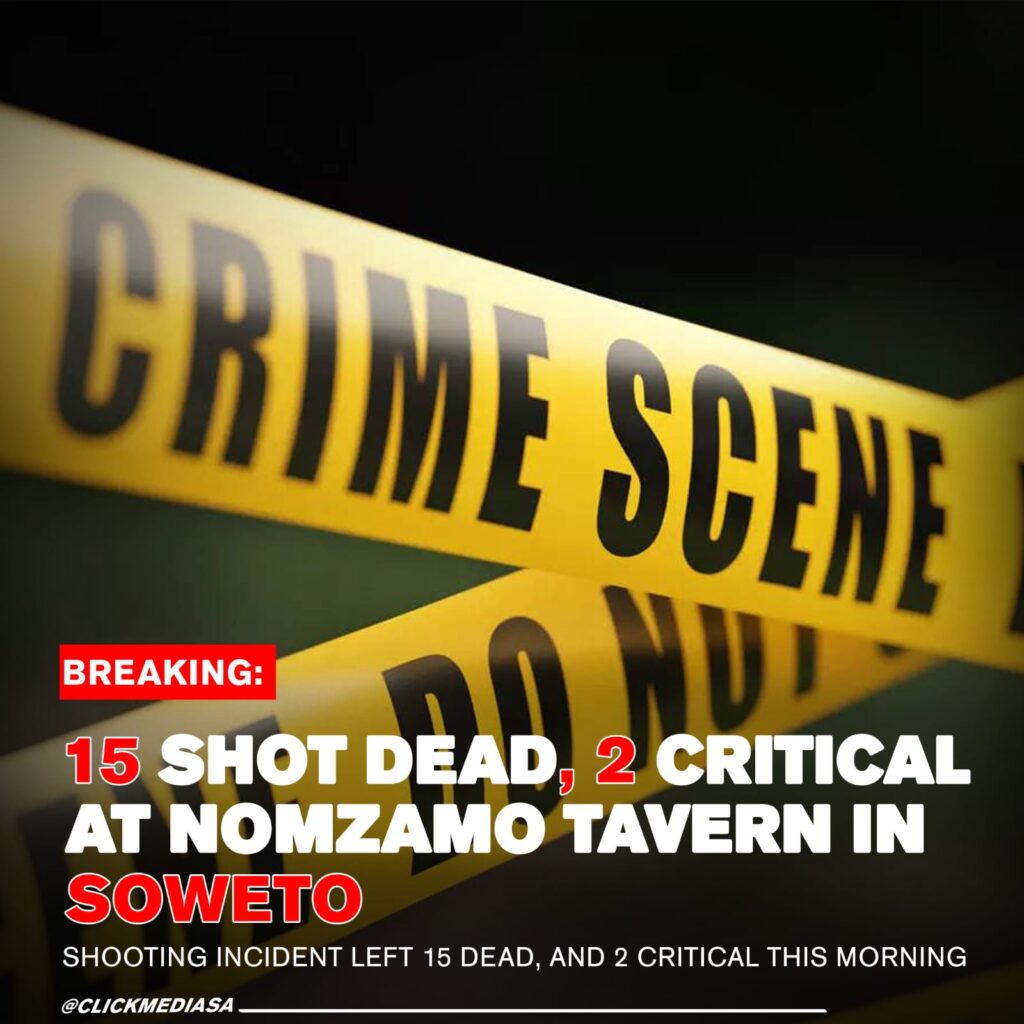 15 people were killed in a mass shooting at a Soweto tavern just after midnight. 10 others were injured at the tavern in Orlando, with 3 in critical condition. “Yes I can confirm that incident did happen and it happened around 12:30am Sunday morning ,” said Gauteng Police Commissioner Elias Mawela.

It has also been confirmed that the gunmen used automatic rifles & handguns.

Primary investigations suggest the people were enjoying themselves in the tavern, when the gunmen came in and shot at them randomly. The Gauteng Police Commissioner wants liquor outlet trading hours to be looked at.

The victims are estimated to have been between the ages of 19 to 35 years of age. The names of the deceased will first be released to their next of keens once the identity investigation has been completed. Only then would their names be confirmed with the public.

He also called to the public and any eye witness to come forward with any information they might have regarding this mass shooting.