Aka Plans To Sue Cassper Nyovest For Fake Billiato Advert 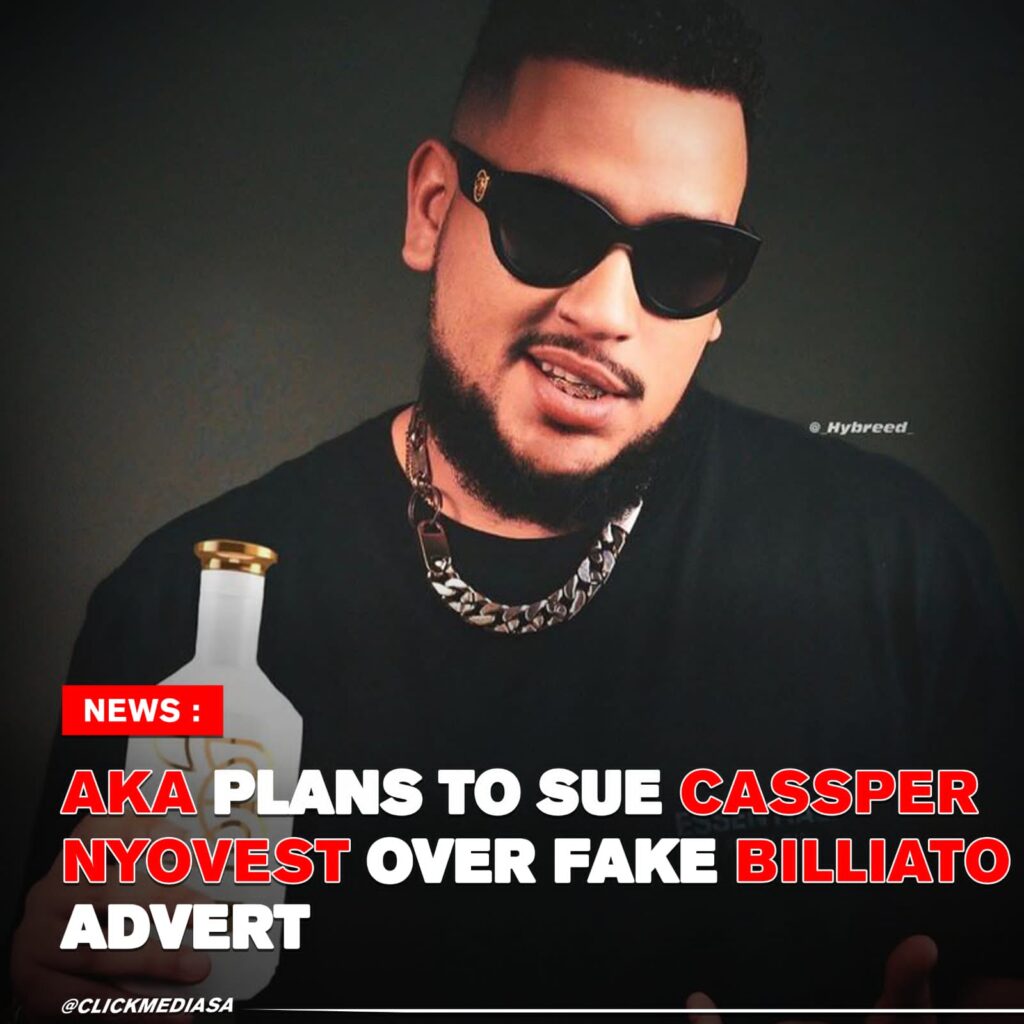 Ja no look hey, it goes down on social media!

Remember when Cassper tweeted this photo of Aka holding his Billiato alcohol beverage with the caption “Introducing the new Brand Ambassador of Billiato. Mix it with Lemonade.” The original photo is from an advert of Aka holding up his Cruz Vodka & was photoshopped by Minister Of Arts & Culture @_Hybreed_

The photo has been doing it’s rounds ok social media. I mean Cassper even went as far as posting it on his Facebook. However, it seems Aka did not appreciate the joke so, he has issued a statement threatening to sue Cassper. The statement reads as follows…

“On Friday the 14th of October 2022, the purported “owner” and “major shareholder” of an alcohol product made an announcement on multiple social media platforms accompanied by a manipulated image of Kiernan “Aka” Forbes alleging that Aka is the  alcohol products new ambassador.

Aka enjoys a longstanding, successful and groundbreaking partnership with Cruz Vokda.

The announcement is ill-considered and has and still continues to violate AKA’s rights to have his likeliness and image protected by law.

AKA is hard at work on new exciting brand partnerships which will be announced very soon.

AKA is exploring his legal options in this regard.”

Let this be a lesson to us all  & all brands using peoples images without their consent because from the looks of it, it looks like this can actually land one is done serious legal trouble.

What are your thoughts on this matter? Do you feel that Cass went too far or, do you perhaps feel that  Super Mega need to take a chill pill?