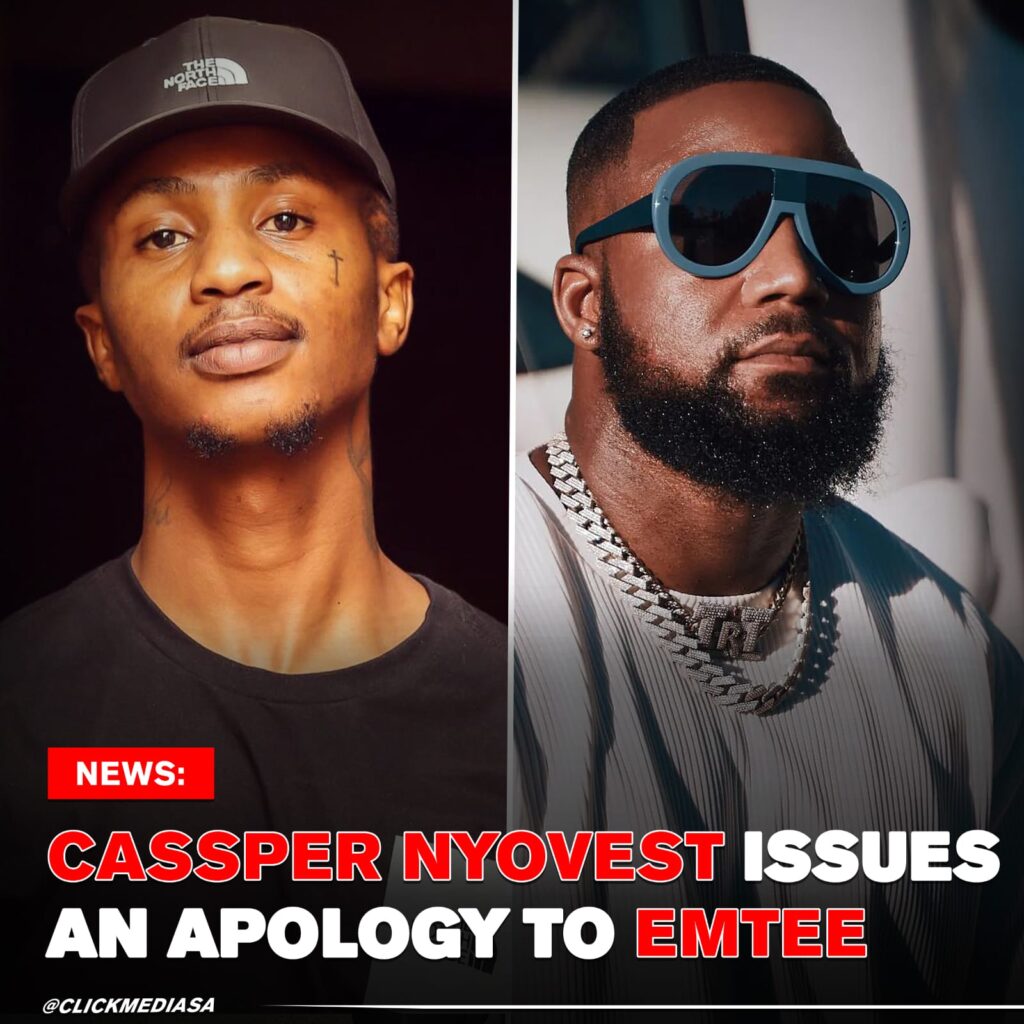 South African rapper, business, Abuti Fill Up himself, has issued an apology to Emtee for hurting him.

This comes shortly after Emtee was live on Instagram and became very emotional when speaking about how he feels about Cassper Nyovest.

A while back Nyovest had an interview on BET Behind The Story with Pearl Thusi, where he spoke on his ongoing beef with Emtee. He said their beef started when Emtee did not show up in studio for a song they were supposed to do together. He was quoted saying, “With Emtee we were supposed to go to studio. He switched off his phone. I was so excited to be in the studio with him but he mized me. Roughly translated – “He ignored me”. Not only him, there’s a lot of people who mized me.”

Emtee later had an interview on MacG’s Podcast and Chill where he himself spoke on the studio session that supposedly started the beef. He was quoted saying

“I don’t wanna rock up there and have him feeling like, eh, so I wanted to pull up respectfully by myself. But then again, knowing the dude I don’t want no weird headlines to come out tomorrow. You find out that maybe while we were in the studio he acted like we were cool and we were recording. Kanti he’s busy taking a video of my crack.

Earlier this week, Emtee went live on his his Instagram and told him fans to tell Cassper Nyovest that he loves him. That he looks up to him and that the album that inspired him to start making music was Cassper’s first album “Tsholofelo”. He says he never had a problem with Cassper and that he was just mad when he had some really bad stuff to say about him.

Cassper later replied to the live that was shared on Twitter and wrote “ It’s all love Emtee. I’m sorry I hurt you. I told you to your face  that I was sorry about the incident. You’re a very talented individual. I want the best for you. Hopefully we can sort it out and move forward. I love you big dawg. See you soon”

Some have speculated that that “See you soon” could mean in the ring, but nah, I highly doubt it, it’s all love. It’s always such a pleasant feeling seeing our favourite rappers finally settle their beef. Hopefully this is only the beginning. We hope to one day see Mufasa and Supermega finally settle their beef, but do you honestly think the industry would allow that? I mean some people strongly believe that sometimes industry beef is created strategically, as a way to keep artists relevant and as a way to sell more music.

What are your thoughts though? Do you think this is the end of the Emtee and Nyovest beef? And which other favourites of yours would you like to see finally burry the hatchet?