Did Natasha Tahane And Thembinkosi Lorch break Up??? 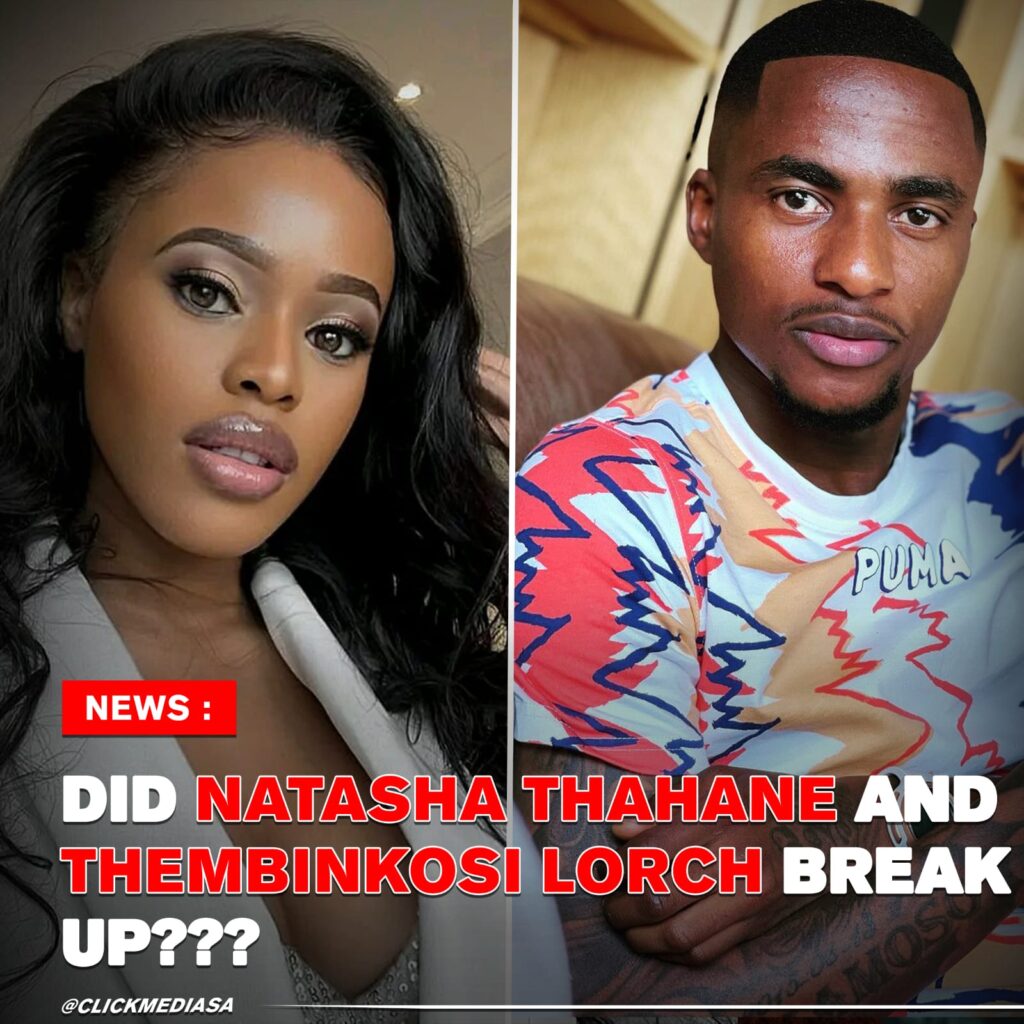 Rumours of Natasha & Lorch splitting up after having their baby, have resurfaced again. This time people are claiming that he has  left her to go back to his ex.

A Twitter user tweeted a picture of all 3 of them with the caption “So vele Lorch dumped Natasha and goes back to his ex Nokuphiwa ?”

This tweet got close to 2k likes & all sorts of comments, with one user commenting , “Natasha yabonakala nje ukuthi she can’t cook, uyaphapha and tells men how independent she is and how a man is just luxury to her. No man would stay for that 😂🤣”

Another user tweeted “This relationship thing has no formula, You study with R1 million rand, go to the gym and look sexy, but still they dump you 🤦”

One user actually did come to the couples defence with a comment saying, “You really wish Lorch will dump Natasha the way you hate her. Lorch at her house on Sunday. Stop celebrating fake news. Twitter men🚮🚮🚮”…Not too sure how this user knows that this staircase is from Natasha’s house so it’s still nothing but speculation, just like their supposed breakup and rumours of Natasha joining the single moms club.

Another user left a similar comment, commenting, “Lorch is still with Natasha, don’t get get twisted. The hate you have for Natasha it’s scary. People trying to break them up every month lol!“

“Kanti nihlalaphi? -(Roughly translated- “Which planet have you been living on?” ) “Lorch posted a picture on his stories showing us that he is at Natasha’s place. The ex was being weird and posting old pictures.”

Man, you just gotta love how Natasha is always tryna confuse them enemy. From deleted all photos from all their Instagram accounts to unfollowing each other at some point, making fans think it’s over between the two. However, Just a few days ago she posted this gorgeous picture of her Instagram & later posted a TikTok ok video where she says “When you’re a wife you follow the rules and principles of that family, even if their princess are witchcraft.” Just a few weeks ago it was rumoured that Lorch had paid lobola and then again after that there were new break up rumours. Well, whatever the case may be, we wish the new parents & newly weds, if they did really get married, all the best in raising their child and also in their love life.

What are your thoughts tho? Do you think she was dressed for lobola negotiations or did he really leave her for us ex? Personally, I highly doubt the latter.