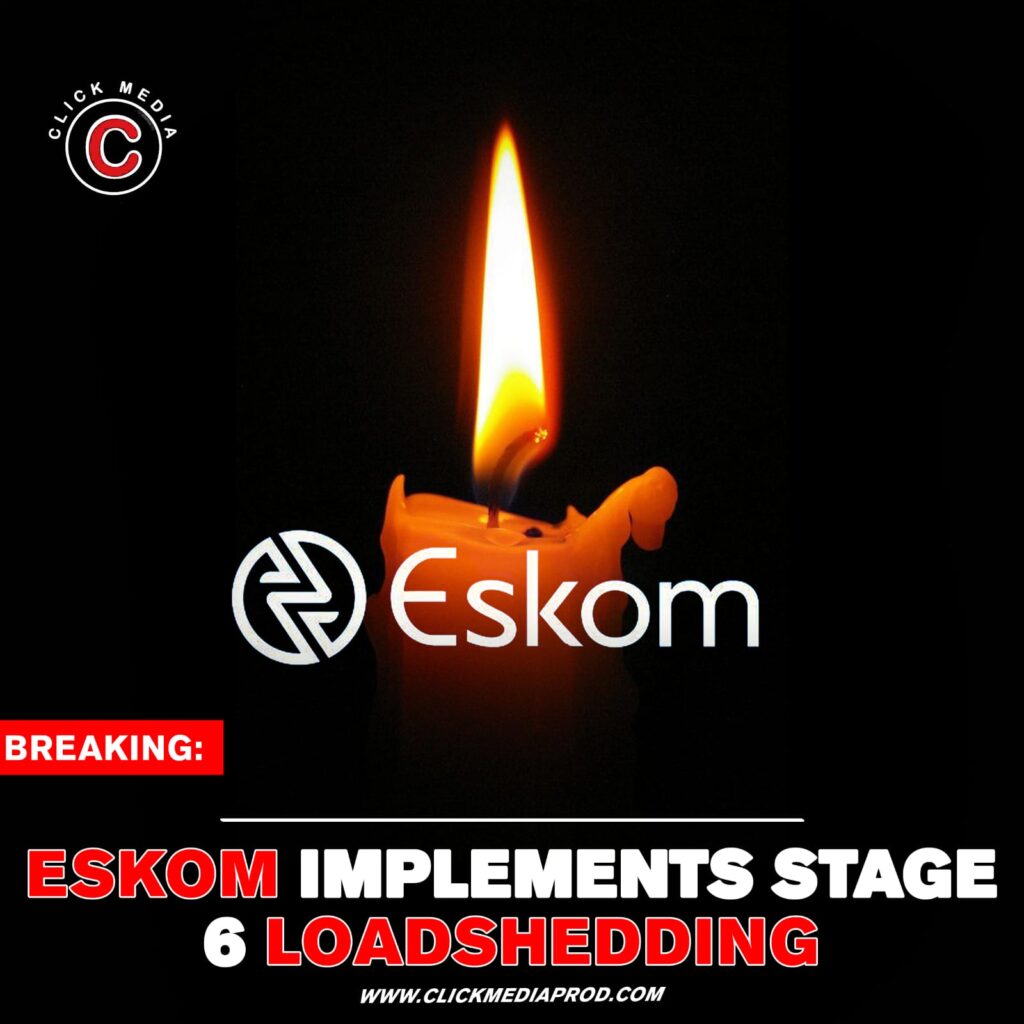 So last night we had no electricity from 8PM till after midnight. We are officially in stage 6 load shedding. We knew this day was coming but yeah, Eskom tweeted the following…

“Due to the breakdown of five generating units overnight, Stage 5 loadshedding will regretfully be implemented until 05:00 on Monday.”

“When are people saying enough is enough with this @Eskom_SA leadership?..NO economy will ever grow under these atrocious circumstances…”

Another user commented saying “Dude. The problem is not Eskom leadership but the “beloved” ANC lack of leadership.”

Another upset user commented saying “You know it because Molefe and Koko failed to do maintenance for extended periods that we are here now? If 10 previous owners don’t do maintenance on a car and then the last owner has breakdowns, you now blame the last guy?”

Another commented “Well the excuses have to stop. It’s been a long time now and the number of breakdowns is unprecedented. De Ruiter clearly is not managing the preventive maintenance properly.”

Charge your power banks, buy power banks for your laptops and invest in generators, cos it looks like we might just be going back to the dark ages in South Africa. Also how are we the only country constantly experiencing load shedding when SA is not the only country who’s power supply comes from Eskom????