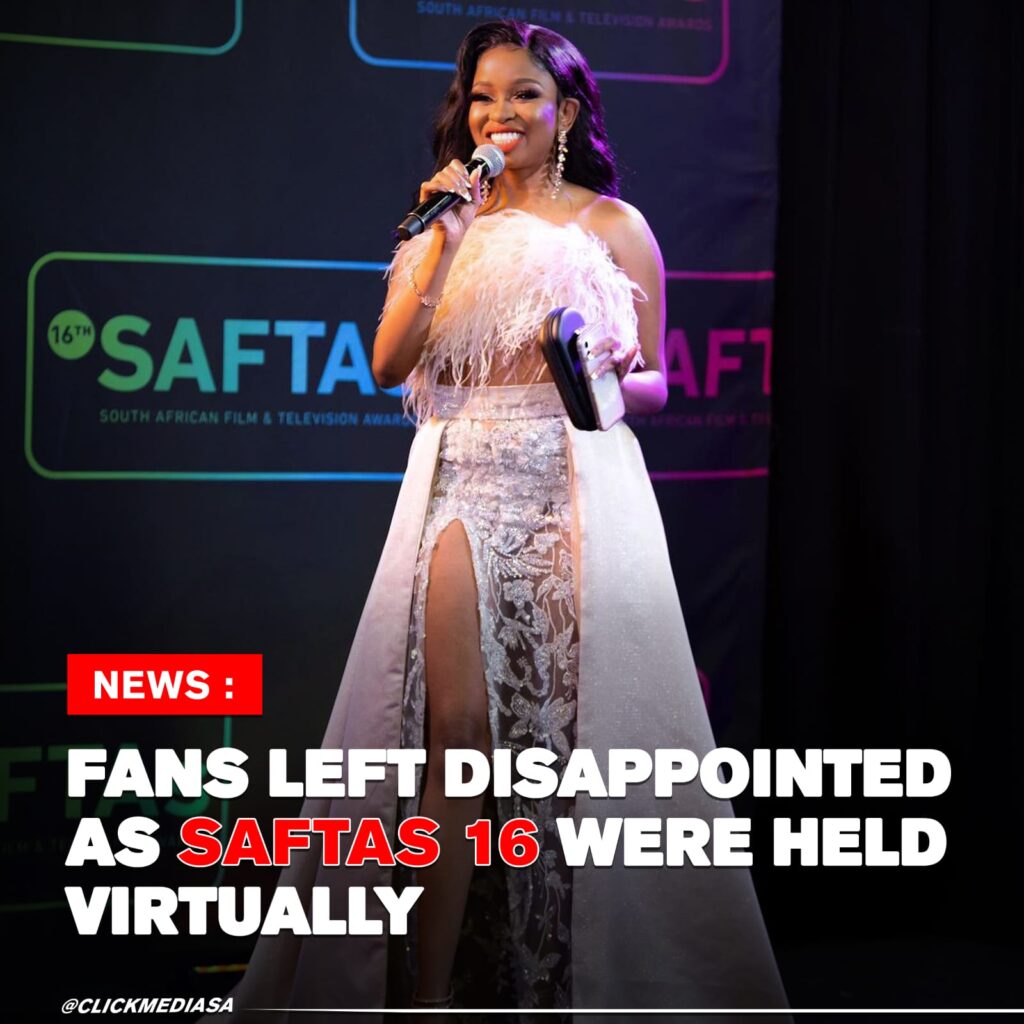 The SAFSA16 awards had some of your favourite celebrities completely dripped in Swag Goo!

Everyone showed up dressed to impress by their favourite designers. Dressing down was not the plan for anyone who attended. Everyone made sure that they completely stood out and stole the show with their red carpet look.One thing about Mzansi, when we show up, we make sure we shall be seen! Sidlu kotin kwedin!

With over 45 years under her belt in the TV and film industry, Mam’ Connie Chiume walked away with her much deserved @SAFTAs_1 Golden Horn for her lifetime of service to the industry.

Thembisa walked away with the Best TV Presenter award.

Bonko Khoza won Best Actor in a Telenovela for his role on The Wife.

I AM ALL GIRLS wins Best Feature Film, & Hlubi Mboya won Best Actress in A Feature Film for her role in I Am All Girls.

Jafta Mamabolo won Best Actor in a Feature Film for his role in Freedom.

Kim Englebrecht won Best Actress in A TV Drama for her role in Reyka.

Warren Masemola wins Best Supporting Actor in a TV Drama for his role in Is’phindiselo.

Natasha Loring won Best Supporting Actress in a TV Drama for her role in Dam.

Fans are not impressed with the fact that Sindi Dlathu did not win the best actress award she deserves for her role in The River.

Although many fans were disappointed that the SAFTAs wears held virtually, SAFTAs also addressed the matter by tweeting the following…

“The decision to host the event virtually was made at the time the bid for tender was put out to production companies to produce the #SAFTAs awards ceremony.”

They continued in another tweet by saying…“While we do aknowledge that it would have been ideal to celebrate with the industry in-person, our production have worked exceptionally hard to give industry practitioners the honour deserve. Our motif ‘Frame the Future’ speaks to this as we hope to build on the reimagined execution, we delivered last year”

Who was your favourite award winner and who do you feel they left out of these awards? Let us know how you feel about the SAFTAs16.