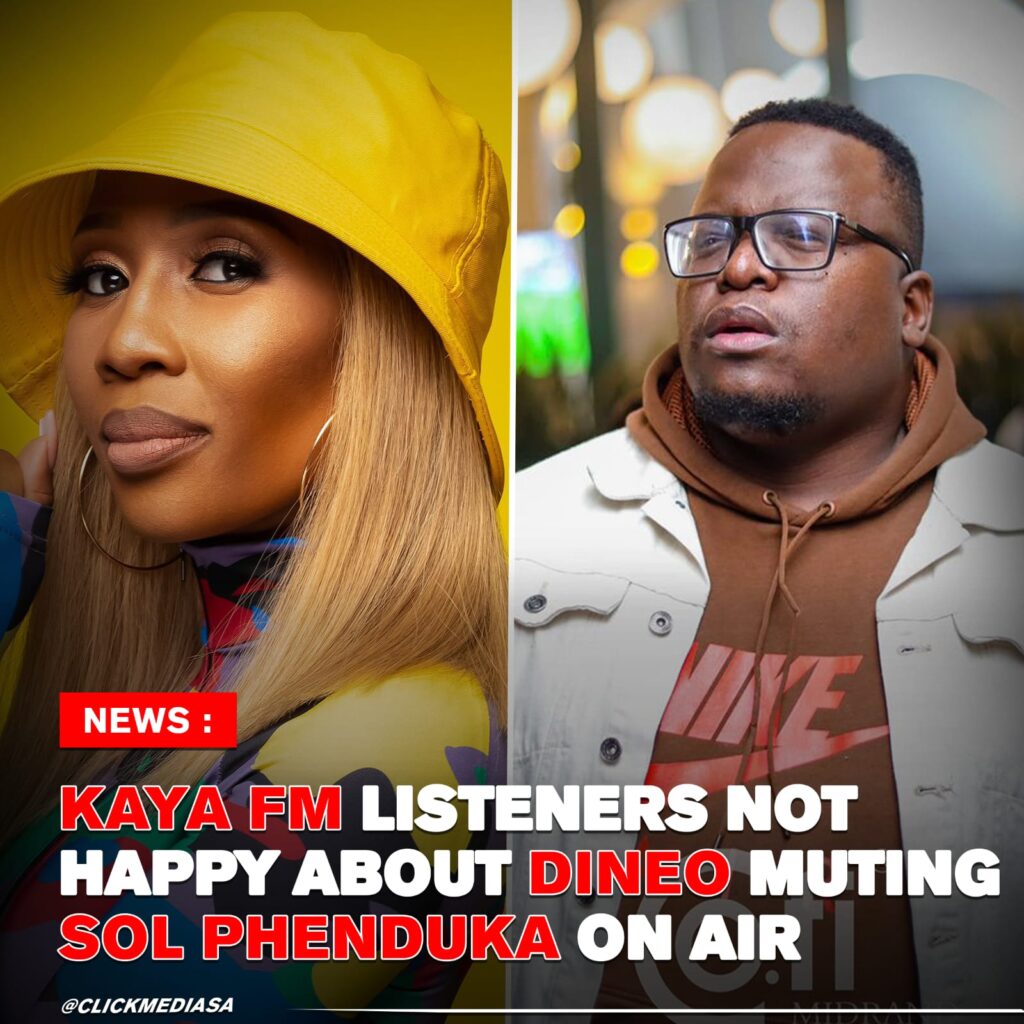 Sol Phenduka has been a number trend on Twitter with listeners of the show complaining that they feel Dineo needs to stop speaking over Sol & also give him a chance to also speak.

Listeners feel that Kaya 959 did not do their research thoroughly,  because the two presenters are two very different characters with Dineo being very outspoken & argumentative & Sol being more of a debater & a joker.

Fans are concerned that the show might lose listeners because many of them love Sol for his witty comments yet, on his show with Dineo, he is constantly being muted & has to raise his hand hoping she will give him a chance to speak.

An open letter was sent to Kaya 959 by listeners who are demanding that Dineo stop bullying, belittling, outsmarting, overpowering & stop cutting him off every time he tries to speak.

Entertainment Blogger Musa Khawula tweeted.. “It is said Dineo Ranaka sent Sol Phenduka to McDonald’s on their first day while the show was live. How did Sol even agree to that?”

Another user tweeted “I love listening to your show, but guys I want to hear more of Sol, not Dineo all the time. I am getting bored & I will eventually stop listening to it. I thought you guys co-host together, not a one woman show.”

There have been calls on social media for the pair to be canceled & perhaps have Skhumba & Thomas return to the breakfast slot, however we hope the station can make some changes in regards to the two presenters giving each other equal airtime because many listeners are now threatening to stop listening to their favourite breakfast show.

Do you listen to the show & do you perhaps feel that Sol is being muted & dominated  by Dineo?