Mihlali Got A BBL??? 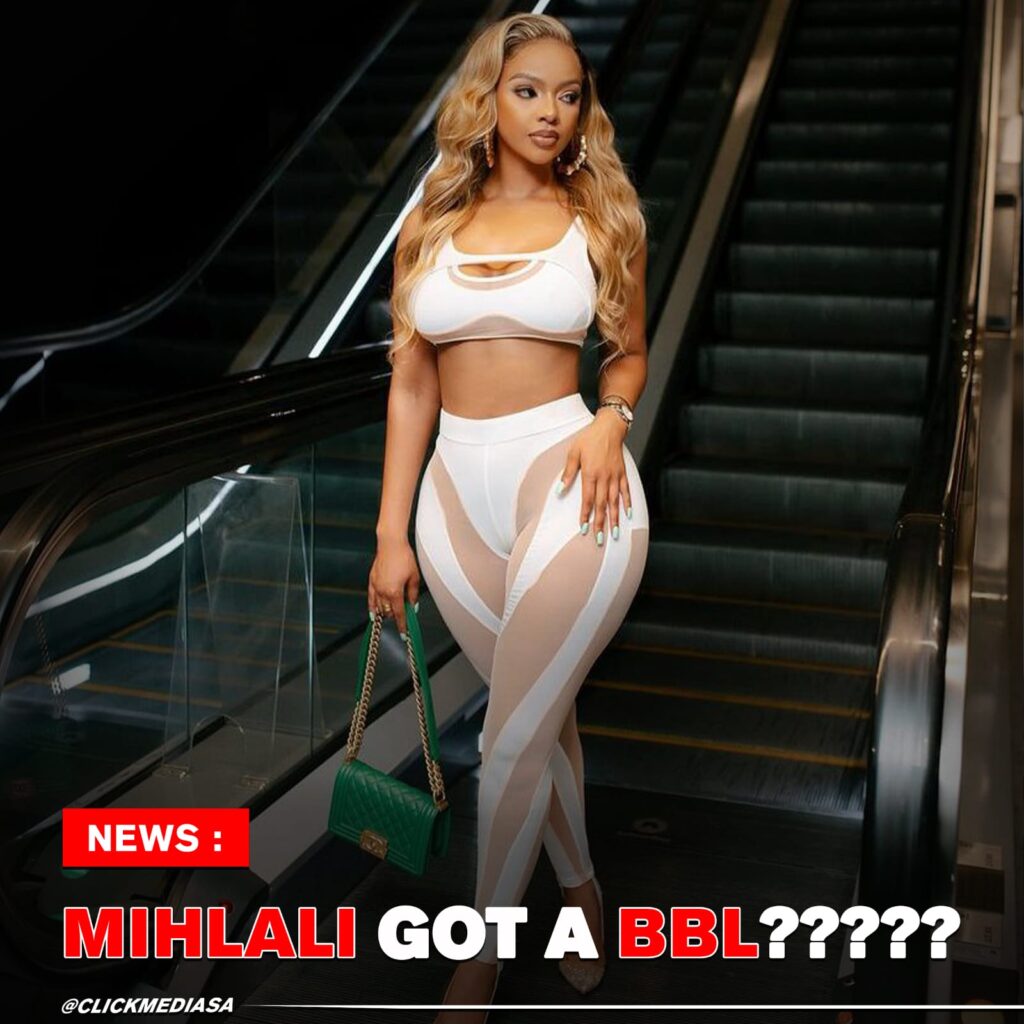 So rumour has it that Mihlali got a BBL??? Hmm…Interesting…. This came after Maphephandaba posted 2 videos with the caption “Mihlali VS Sithelo Shozi. This had many social media users comparing the two, saying they probably went to the same surgeon because their bodies are so similar.

Sithelo recently took to her Instagram to show off her new body, freshly reconstructed at a clinic in Turkey with the caption “ playing fair ain’t on the top do list no more.” She completely shut down the internet with these photos from her Playboy Photoshoot. Mihlali on the other hand, was not impressed with Maphephandaba comparing her body to Sithelo’s, so she clapped back with the comment saying, “Let’s try to learn to appreciate women without pinning them against each other.“

Now for those of you who don’t know A BBL uses your body’s own fat taken from another area of the body and transferred to another , whereas butt implants use silicone implants. This distinction is what gives a BBL procedure its edge over butt implants, and also why more and more women are opting for the BBL instead of butt implants, which have been rumours to wear off faster and sometimes explode in your body.

Other women who been rumoured to have got the BBL are Faith Nketsi and Cyan Boujee. Loving the fact that we have women like Khanyi Mbau who is never shy to share her skin lightening journey and showing off her new pearly white new teeth. We highly doubt Khanyi will ever get a BBL cos I mean, just look at the naturally banging body! Good Lord! Also, how boring would it be if we all had the same exact body?

Wether these ladies really went under the knife to fix what they were unhappy about or not, either way, we commend you for doing what makes you happy and boost your confidence.

Everyone has something they are not particularly happy with on their body, be it her teeth, her behind or even her chest. We all have insecurities and body goals. So why we hating on people who are tryna better themselves for themselves? Shout out to Khanyi and Sithelo and Eva Modika, who was also one of the first women to share her body transportation, proudly! She started her transformation journey by fixing her teeth, because she was frankly just tired of being cyber bullied about her previous teeth. The pressures from social media contributes a lot to women wanting to change the way that they look. Even as a child, you don’t know theres something wrong with you, you don’t know that you’re different, until somebody decides to point it out.

Lucky for these ladies, they can actually afford to turn themselves around into Nubian dolls. So, don’t hate, appreciate. And if you’re not happy with your body, do what you can to help boost your self confidence.