Nigeria Claims That Amapiano Was Not Invented In South Africa 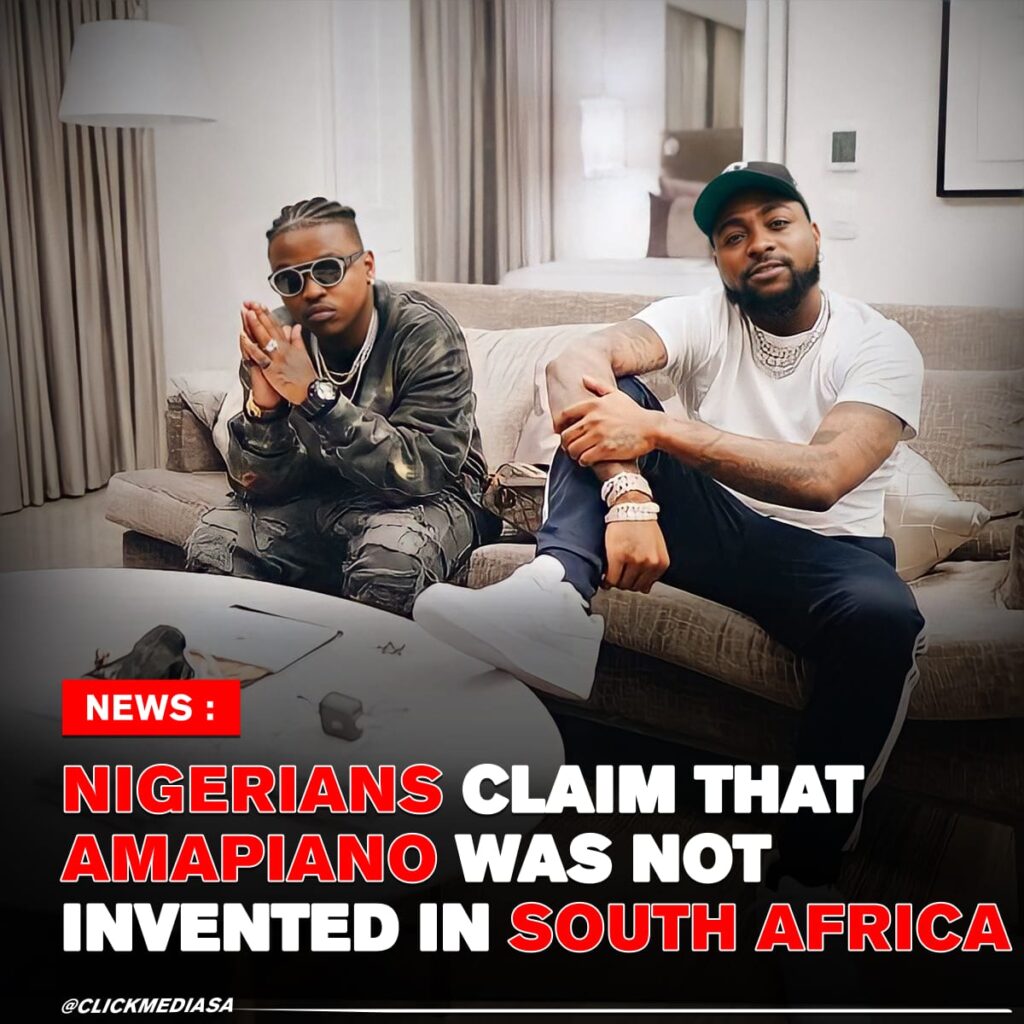 South African Black Twitter is infuriated with Nigeria saying amapiano was not invented in South Africa & that Davido is the one who took it to the rest of the after he  was feature on song called ‘Ke Star’ by Focalistic.  Davido tweeted a few hours ago that he will be the first to shoot a amapiano video in Nigeria.  Another user commented “I Agree bro, check even the views bro, in Just 9 months, Champion Sound is not just Naijapiano but the best naijaphiano song Done by West African Musician” also why is there an emoji hiding Focalistic’s name??? Shady much?

Most tweets feel that amapiano is was in fact invented in SA. They say they welcome any international artist who would like to be featured in a amapiano song. However, they also say “What we will not allow, is for any other country to try claim as their own. Mzansi loves & knows that Afro beats is from Nigeria but make no mistake, amapiano was born in South Africa & even though some SA artists might dabble in a little Afro beats from time to time, just like we do with Hip Hop, we would never ever, claim it as being our invention or brain chills. A few people already had the fear that some other country might love amapiano & add their own spice and call it something else and claim that the invented it.

Tik tok is actually one of the biggest platforms promoting amapino. The entire world is on tik tok & of cos other countries & big American artists are loving the sound, but we need to DO need to  protect amapino as proudly SA at all costs.

Africa must unite & keep these international collaborations coming but nobody has a right to claim something so authentically South Africa as their own. But it’s even more sad when it’s our own fellow Africans who are now trying to claim amapiano as their own and rebranding it is as a new genre called Naijapiano. We should never forget to give credit to the true pioneers and inventors of this wavey new genre and sound.

Amapiano To The World!!!