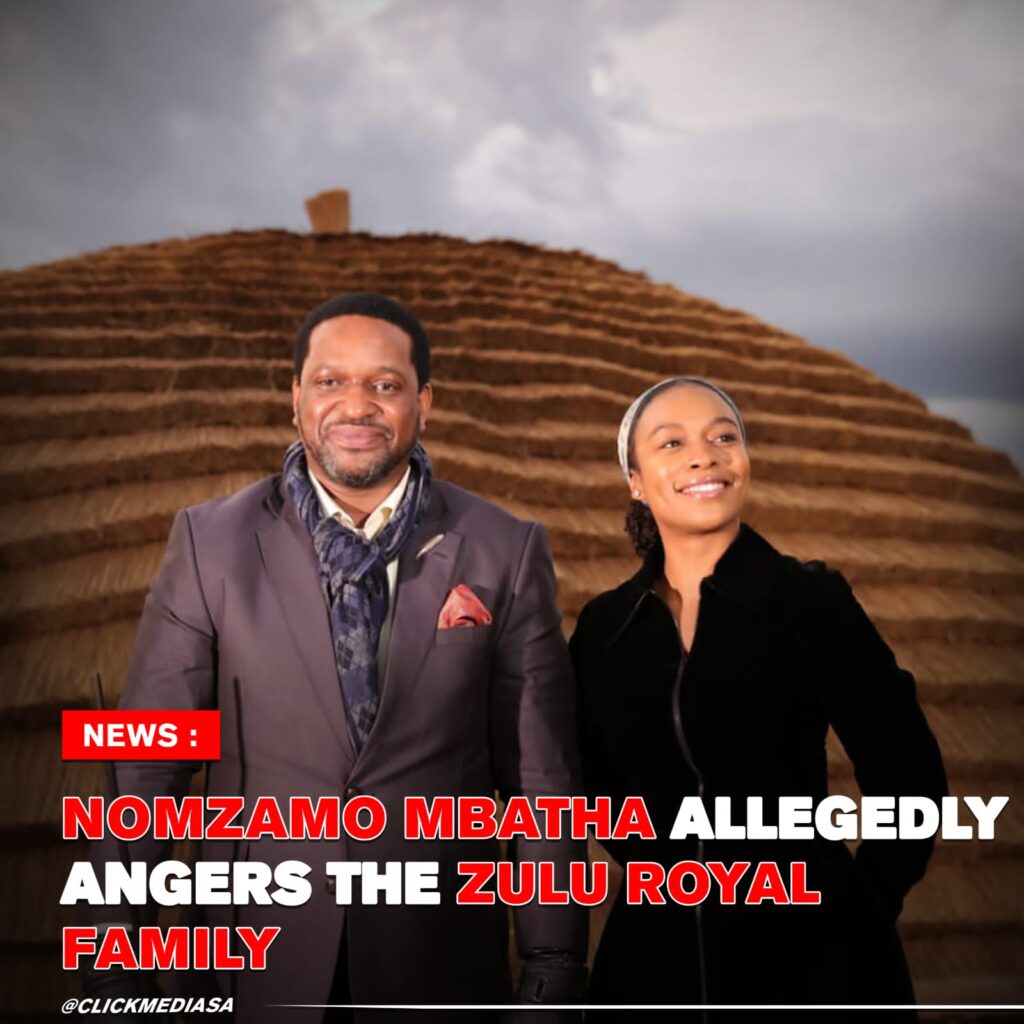 Actress Nomzamo Mbatha, who plays Queen Nandi — the mother of King Shaka kaSenzangakhona, and who is one of the producers of the highly-anticipated drama series Shaka iLembe — as well as her crew members, were were recently accused of invading Queen Nandi Zulu’s grave without permission, therefor angering her family.

Last week, there were reports that a physical fight took place when the Mhlongo family (specifically induna Ngelemu Mhlongo) tried to prevent the Shaka iLembe crew from filming at the late Queen’s resting place.

This also came after the families who assisted in bringing the Shaka Zulu story to life claimed that Nomzamo and her crew did not compensate them for their efforts in making this project a success and providing as much history as they can when it came to the Zulu Nation and the late Queen. According to reports, the family did eventually allow them to film, even though they didn’t want to, all for the sake of peace. Historian and family spokesperson Mhlathuze Mhlongo claimed that he was in charge of Queen Nandi’s gravesite and he had not been informed of their visit.

Here’s where the story takes a bit of a turn. His brother Mbhengi Mhlongo has disputed those claims. He told Daily Sun this week that he was the one who sent out an invitation to the drama series crew members, inviting them to the gravesite.

He was quoted saying ““I am reacting to the news that Nomzamo Mbatha and Shaka iLembe crew invited themselves to Queen Nandi’s grave. “This is not true. I’m the one who invited the Shaka iLembe crew,” He also added that Queen Nandi’s grave belongs to the Mhlongo family and not an individual or chief, also known as induna). He was further quoted saying “I can go to Queen Nandi’s grave anytime I want to and I don’t need permission to visit her grave.. Mhlathuze is my older brother but he cannot dictate to us. He cannot claim to be in charge of the grave,” said Mbhengi Mhlongo. According to customary law, anyone wishing to visit the grave must notify the local induna.

So it seems that part of the family had no problem with the grave visit, yet other members of the family say they did not approve of this because they have not yet been compensated for their contributions to the story of our famous King Shaka Zulu. Mthethwa, and Mbatha have stated that they do not want the film to be screened. This is because Bomb Productions allegedly failed to compensate them for their efforts. Visiting someone’s grave without their families permission is actually not allowed in the Zulu culture. Even the celebrity Sangoma Gogo Maweni told us herself, that when she witches want to cast spells, all they need to do is visit your families graveyard at night. So you can only imagine why this would leave such a terrible taste in the Zulu families mouth.

What are your thoughts on this topic? Would you be okay with strangers visiting the resting place of your loved ones, or do you feel the family overreacted in this regard?