Taboo Night Club Shuts Down After 19 Years Of Operation 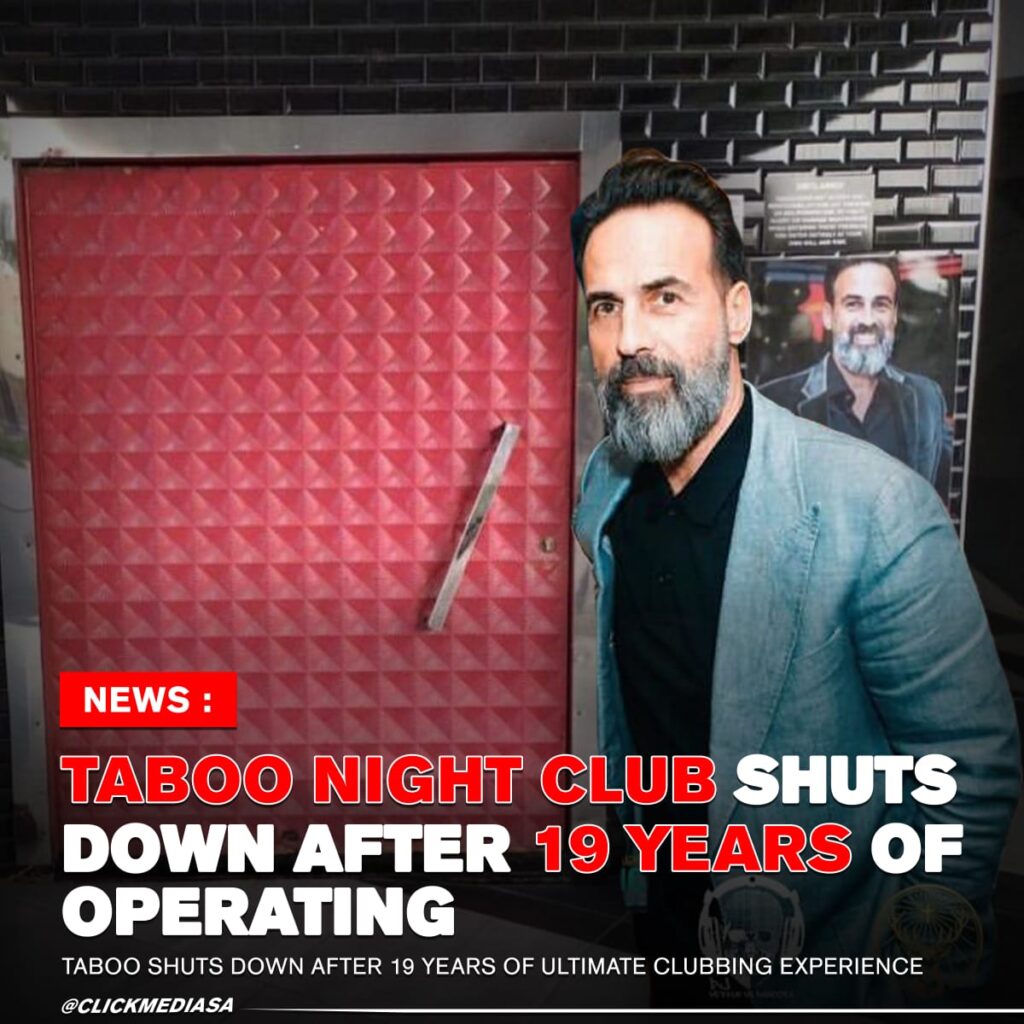 One of the hottest night clubs in Joburg known as Taboo, is unfortunately closing down after 19 years of operation in Sandton.

The owner of the Club Chris Coutroulis sadly passed away in 2021, his memorial service was held on the 6th of December outside the Taboo Night Club.

Chris gave us 19 years of the ultimate clubbing experience and many people still remember him standing in front of the door, with a huge smile on his face greeting people as their entered the club. He will be remembered as the man who always knew how to bring people together and helped to showcase some of South Africa’s greatest artists and new talents.

Many are sad to see the club close down but it also doesn’t come as too much of a shock as most clubs usually close down shortly after the owner passes on.