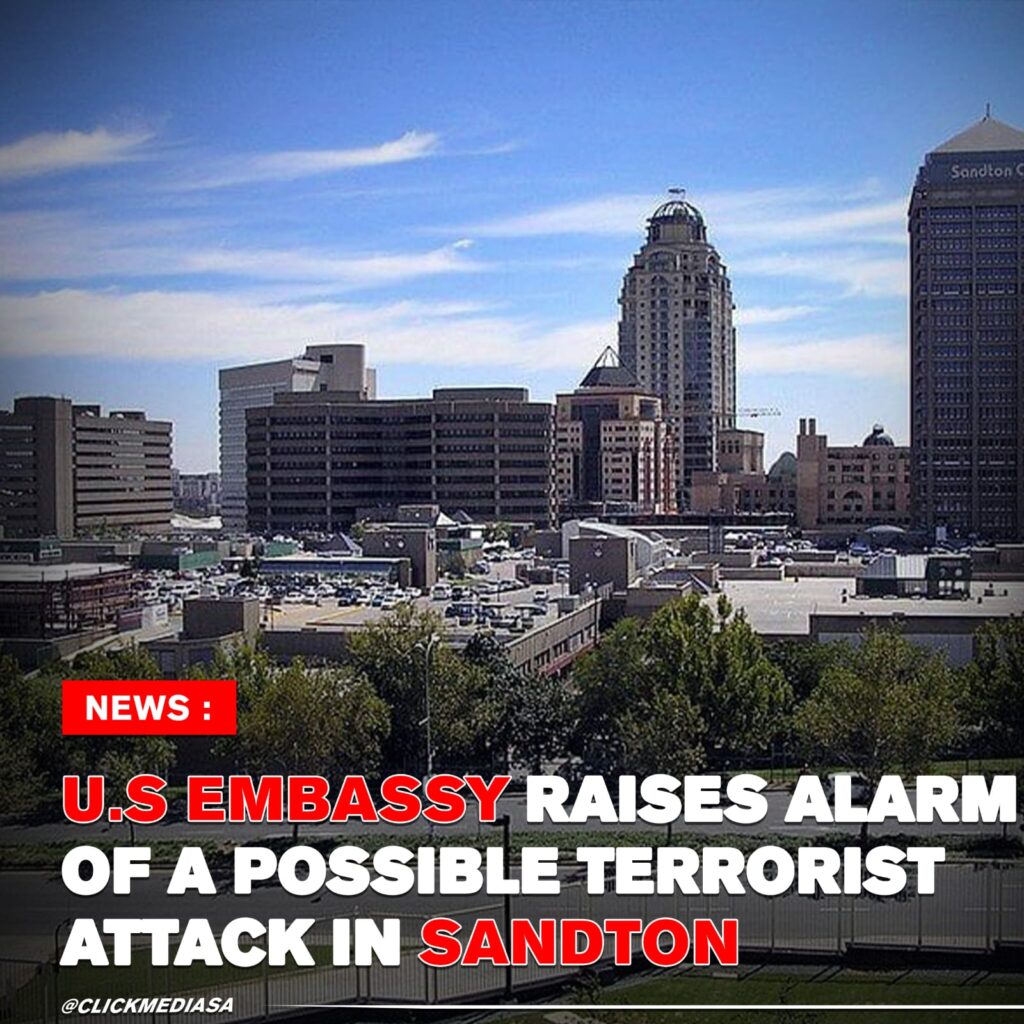 The US Embassy has raised the alarm of a ‘possible terrorist attack’ in One of South Africa’s richest suburbs Sandton, over the weekend. According to reports, it said, “terrorists may be planning to conduct an attack targeting large gatherings of people at an unspecified location” in Sandton on Saturday. The embassy advised that individuals avoid crowds of people and other large public gatherings in that area on Saturday and Sunday.

Many of the biggest companies in South Africa, including financial services group FirstRand, chemicals company Sasol, insurer Discovery, Bank of America Corp, Citigroup, law firms and international auditing firms such as EY have their headquarters in Sandton. The area is also home to a number of malls and other retail spaces, which attracts crowds of tourists and locals on weekends.

One social media user tweeted “My people don’t be blinded by this discovery. The US wants to bring their military into our shores without us suspecting anything. Why mind South Africa’s business when they have their own problems? Why detect threats of a country that’s thousands of km away? And these claims comes exactly a day after this?. Please don’t tell me this is a coincidence. It reeks!”

“And they also came after a few weeks ago US soldiers were in SA for a “training mission. Talk about a classic case of diversion”

Another user commented “Exactly! You don’t receive favours and refuse orders.” & attached a link to another tweet saying…

Discussed the following with Biden:

3. Mozambique – We asked USA to help with insurgents

4. Covid – We appreciate support from USA with vaccines”

Another user tweeted “Brace yourself South Africans the infamous “special military operation” is coming for us.”

One of the reasons we have never been attacked in  South Africa is because we have policies that are free & open towards religion & the expression of religion. In some ways our democracy is a very young one but in some other ways we are also way ahead of the  USA because they are still so segregated. So it is still a bit unclear why anyone would want to issue a terrorist attack on South Africa.

Events organisers who have events scheduled for this weekend have been advised to take precautionary measures and try to at least postponed their events to a safer time. One of the biggest South African events planned for this weekend known as  Gay Pride,  which is set to  be held on Rivonia road on Saturday, the 29th of October from 10:00 AM till 10PM, the organisers have issued a statement saying they will be making an announcement regarding this event at 1PM today.

Whether this attack is real or not, it’s always a good idea to take precautionary measures, because it is always better to be safe than sorry.