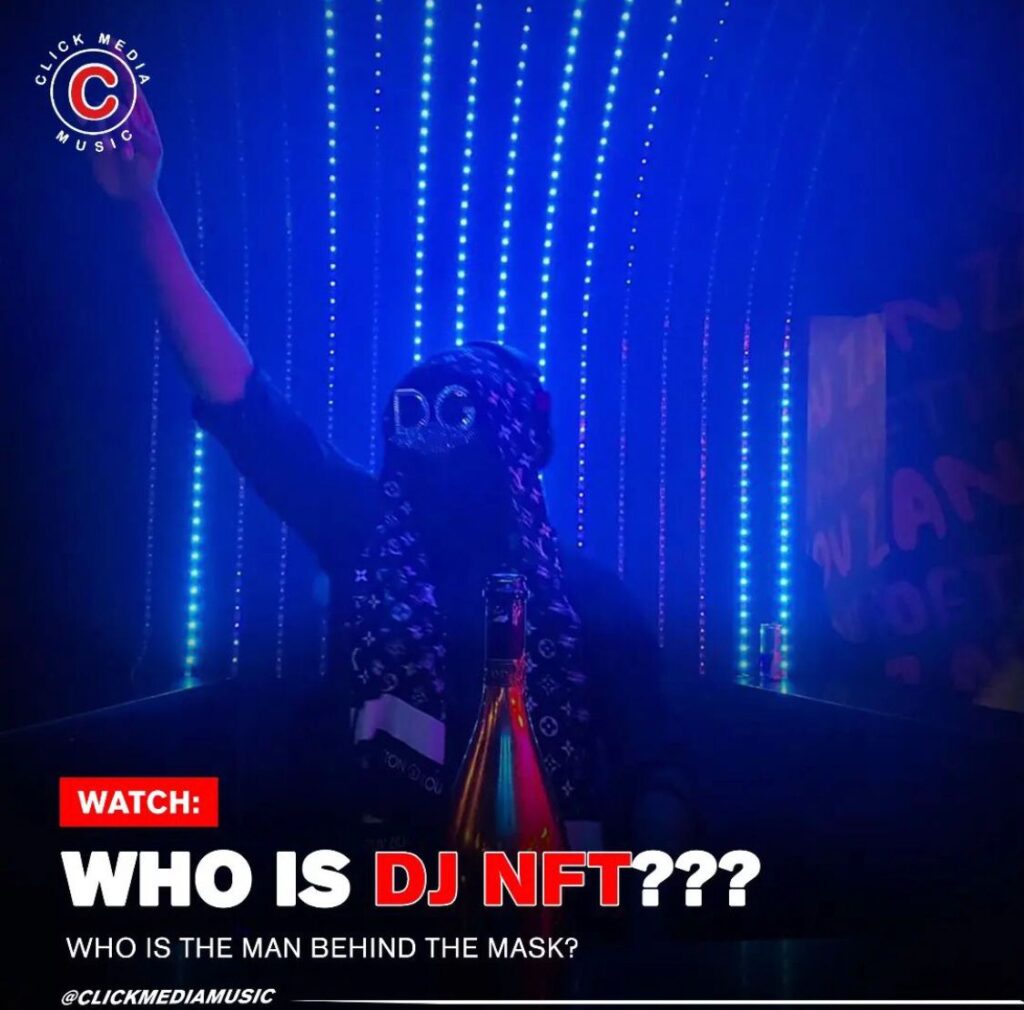 So far, all we know is that he is a DJ who wears a mask and that he is a major baller. He performs at different spots and at every single one of those spots, expensive bottles like Ace is Spades are always bought.

He’s always seen moving around with an anterouge of ballers but nobody knows the true identity of this masked baller DJ. He performed at different expensive spots this past weekend and today he’s performing at Sumo.

The question on everyone’s mind is still the same. Who is DJ NFT? Could he be the new Mzekezeke? Is DJ Sbu at it again? Because the hight and the fact that he has no tattoos on his hands, could possibly make him DJ Sbu or any other huge South African celebrity baller. The fact that he’s such a huge baller makes it even harder to figure out his identity.

Who do you think is Dj NFT?