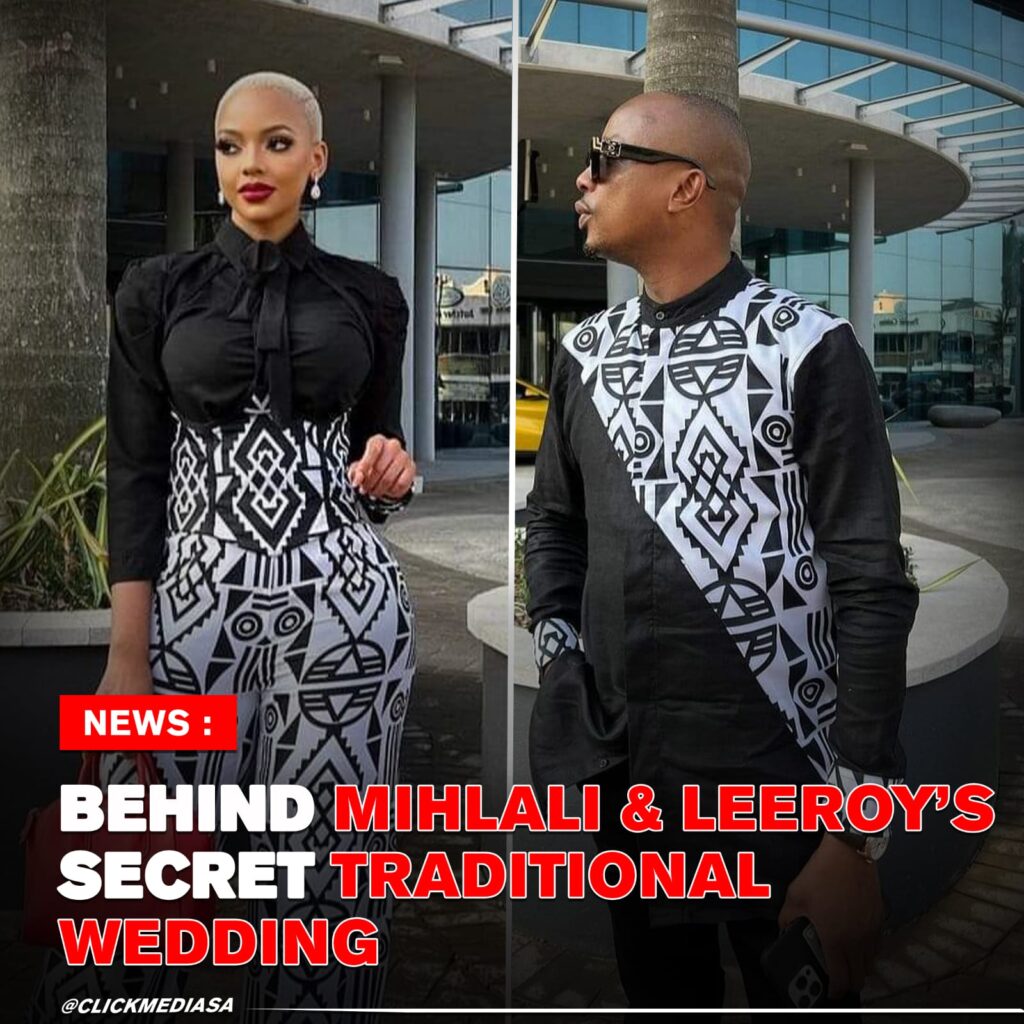 After lots of speculation, it has been confirmed that Mihlali & Leeroy are indeed a couple. Leeroy confirmed the rumour himself, when he shared this picture of him giving Mihlali a kiss on his Instagram story.

According to Entertainment blogger Musa Khawula, the couple are now officially married. Rumour has it that Leeroy & Mihlali had a small traditional wedding with just a friends in attendance, & tried to disguise it as a house warming party. Yet, in this clip we hear the guests singing a song  usually sang to the new wife by the family of the husband at their wedding.

Note that in these photos Mihlali & Leeroy are wearing matching traditional attires and Leeroy is wearing the same shirt he once posted of himself in a picture with his supposed former wife. Rumour also has it that Leeroy has been served with divorce papers which he has not yet signed.

One of Leeroy’s friends @sazi_billionaire posted a picture of the couple with the caption “A man will KNOW if he wants to marry you within 6 months in a relationship. He doesn’t need 3 years to learn you, women are not Degrees. Congratulations to you my brother Leeroy & Mihlali.”

This small gathering included names like Somizi & other big names. One of the most  confusing about things about this gathering is the fact that most of the guests are not dressed like they were attending a traditional wedding. ..Or maybe that was all part of the plan…