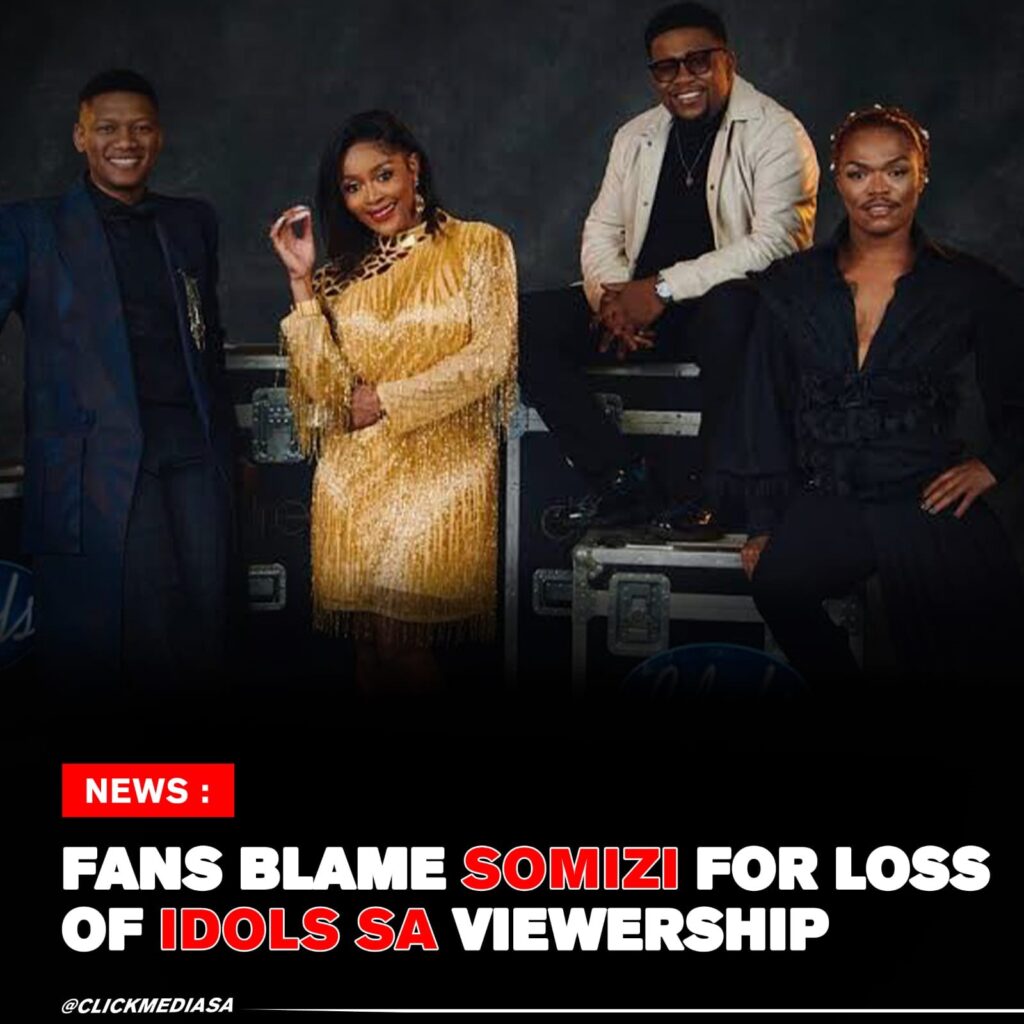 IdolsSA has lost thousands of viewers during it’s season 18 debut. Not even Somizi’s return to the show has helped.

According to Entertainment commentator Phil Mphela “The intro of new judges and the return of Somizi seems to have not lured disinterested viewers back.

New season peaked at 744K viewers during July —, “far cry from seasons past debut.” He tweeted.

Some fans of the show say Somizi is the reason they have lost interest in the show, because they absolutely refuse to support and watch a alleged abuser. Fans feel that Somizi knows he is guilty, hence he has not filed deformation charges against Mohale, who shared a tell all on his alleged abusive relationship with his ex husband Somizi Mlhongo on Showmax.

One user tweeted commented “Understandably so, I mean we can’t be paying our DSTV to watch Somizi on every channel. The viewers must be respected and be given the variety they deserve. It gets even worse when Idols invites back the same GBV offender like nothing happened.”

With another user commenting “Somizi being there is also a problem. I don’t know many convicted sex offenders who get so many opportunities to make money. He’s special it seems.”

Others feel that Somizi is not the only problem. Like this Twitter user who tweeted “Sometimes it’s okay to put an end to something. I think it’s reached that stage. It can go. It was great but it can go now.”

What are your thoughts? What do you think is the reason IdolsSA is losing viewers? What do you feel can be done differently to perhaps attempt to save the show?