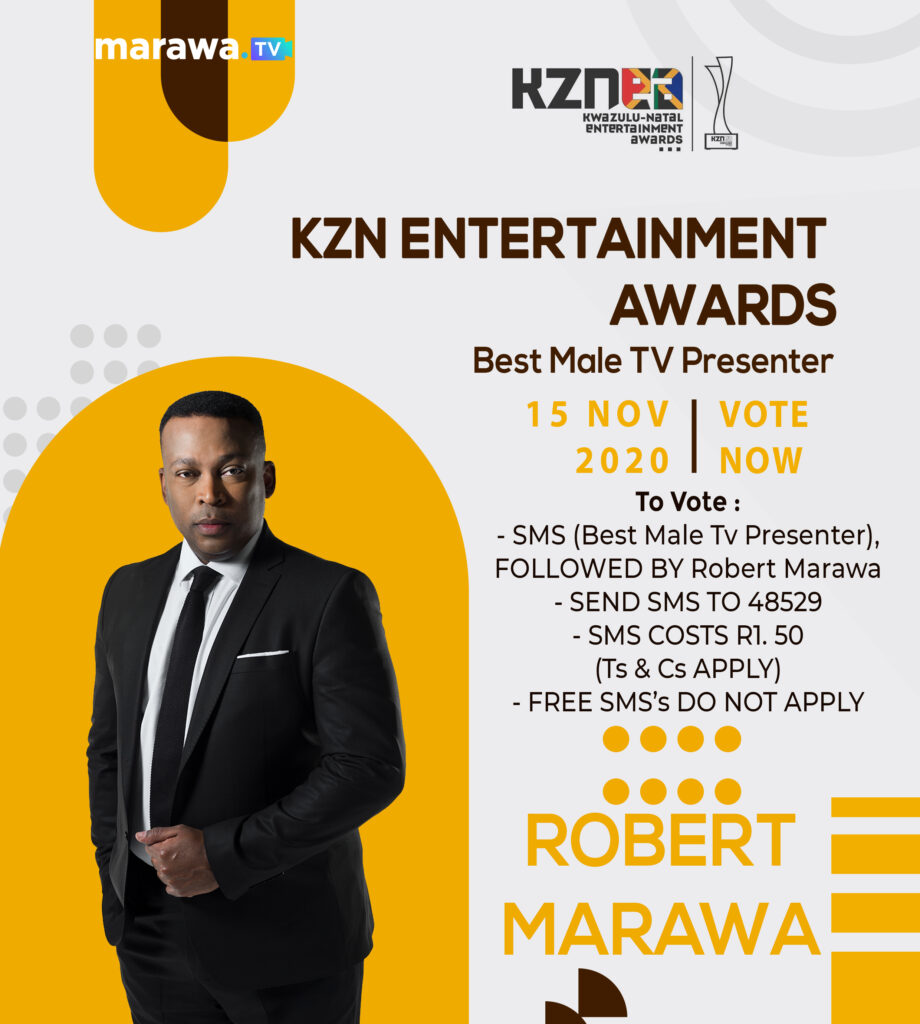 Robert Marawa has been nominated for the first prestigious KZN Entertainment Awards being hosted on the 15th of December at the Durban ICC, Gagasi FM together with the KwaZulu-Natal entertainment industry is celebrating the movers and the shakers of the industry in a award ceremony that is the first of its kind, There will be 23 awards spanning across multiple fields up for grabs.

A huge congratulations goes out to Sports commentator and media personality Robert Marawa for being amongst the top nominees with a total of three nominations at the first KZN Entertainment Awards, He’s award nominations include Best Male Presenter, Best Male Radio Presenter and the highly contested KZN Most Loved award.

To vote for Robert Marawa at KwaZulu-Natal Entertainment Awards.