Mathew Booth Cheats On His Wife With 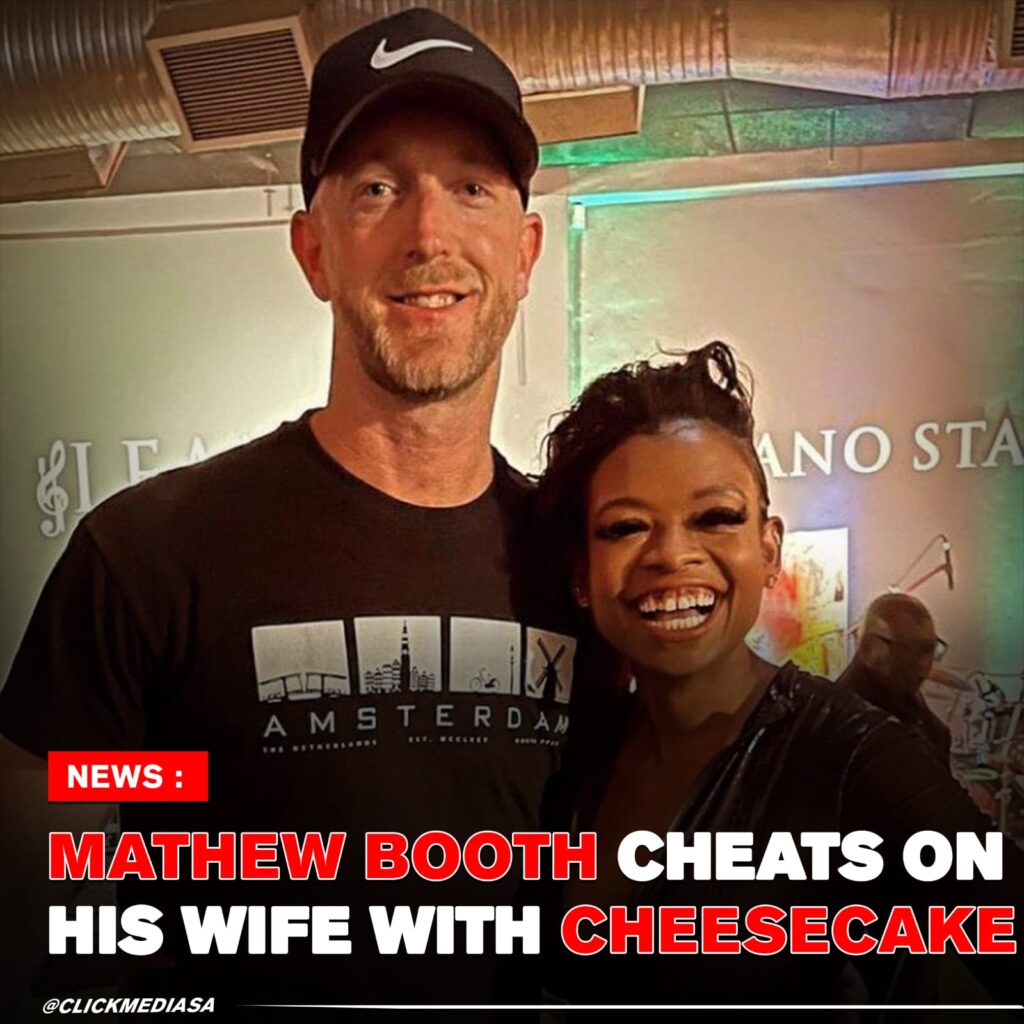 Former South African football player Mathew Booth, has recently been exposed by his wife Sonia Booth, for cheating on her.

Sonia took to her social media to expose her husband’s alleged cheating on Monday night. She revealed how he baked a cheesecake at night but it was gone by the morning because the cake was apparently baked for his alleged lover.

She went on to tag the other woman and said the affair began on Valentine’s Day. She alleged that Booth and his mistress who is also married, took a 7 hour drive to spend the weekend together in Polokwane. What upset her the most if the fact that Booth drove his wife’s car to the affair.

But she also says this was actually a blessing in disguise because she was able to track her car and the tracker revealed that he had dropped his mistress off at her home, and that’s how she got her address.

Sonia believes the mistress has a wicked sense of humour because Booth returned home with a exquisitely wrapped gift box, with one of the perfumes being Gucci “Guilty”.

She also revealed that a bank statement also showed purchases of flowers and expensive lunch dates in Illovo, Sandton. There were also trips to Pietermaritzburg and Umhlanga, allegedly, using Sonia’s car.

She was able to get into contact with the mistresses husband, who said “I remember I was in Maputo for a lecture at this time. Her mom called to say the boys are with her in Welkom. I was puzzled wondering why the boys are there, now I know”

Their son Nate’s 18th birthday celebration was scheduled for the 4th of November, but it was changed after Sonia had given the mistress an ultimatum that if Mathew missed their son’s birthday celebration, she would expose their affair on social media as she has. When she asked the husband of the mistress about the cheesecake, he confirmed that he had some and that it was quite delicious. So, the cheesecake baked on the Eve of Nate’s birthday was actually baked for Mathews other family.

Sonia says she left the cake carrier in the garage where Mathew parks so he can see it when he drives back home.

Sonia also went on to say that Mathew isn’t as wealthy as he might have portrayed. That peer pressure end keeping us with the Motsepe’s has had him dipping in their son’s education funds for years now. Says she found this out after she had s meeting with their banker last week.

What totally ticked her off the most was finding out that her cheese cake Tupperware was still at this woman’s house. You don’t mess with a South African woman’s Tupperware. This story is still trending very hard on social media with a #cheesecake. Mathew has not yet released a statement. The so called mistress, now known as Bonging Mthombeni Moller, is seemingly bothered after Sonia exposed her alleged affair.