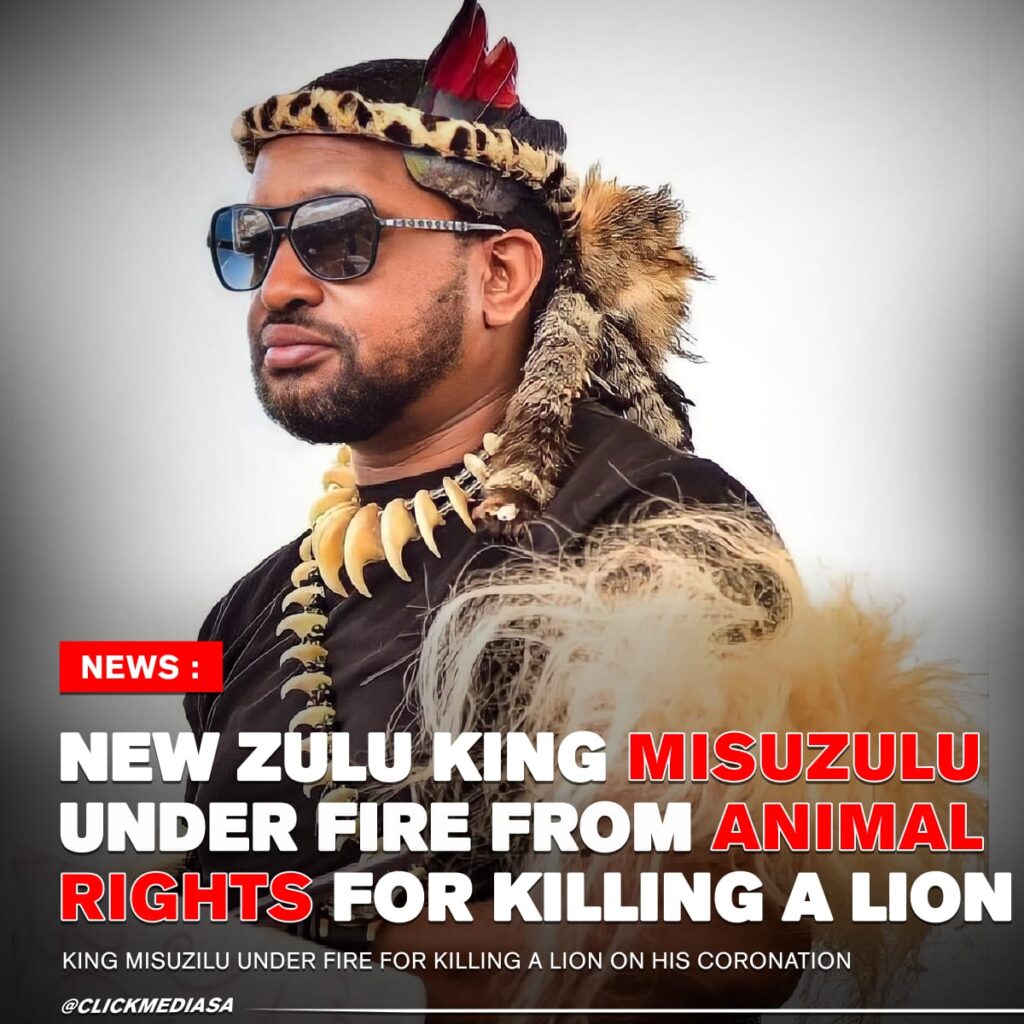 After performing the ceremony of entering the  Royal Palace on Saturday, Misuzulu was publicly announced as king by Zulu royal family elders.

But before that, the royal hunt for a lion, led by the Zulu King, took place at the Mkuze Falls Game Reserve in KwaZulu-Natal (KZN) on Thursday.

The king and his entourage – which included a professional hunter and game reserve officials – went for the hunt in a vehicle rather than on foot as it was “too dangerous”.

Sunday Times reported that King Misuzulu shot the lion in the leg before the hunter finished the job, which has angered non-profit organisation (NPO), Ban Animal Trading. The NPO was quoted saying

“How is there anything respectful or admirable about this form of cowardice?”

It is said that the king and amabutho (Zulu regiments) previously rode horses on the royal hunt, but University of KZN cultural expert Dr Gugu Mazibuko noted this has changed in the modern day

In March, President Cyril Ramaphosa declared King Misuzulu as the monarch of the Zulu nation, paving the way for him to be anointed the successor to the late King Goodwill Zwelithini kaBhekuzulu, who died early last year due to complications caused by Covid-19 and diabetes.

It is said that upon reaching the palace, a bull was slaughtered so that the king would be cleansed because the lion was also regarded as another king.

It is also added that the late King Zwelithini kaBhekuzulu also killed the lion in Gazankulu in Mpumalanga before his coronation in 1971, thus making King Misuzulu the third king to practise this ritual.