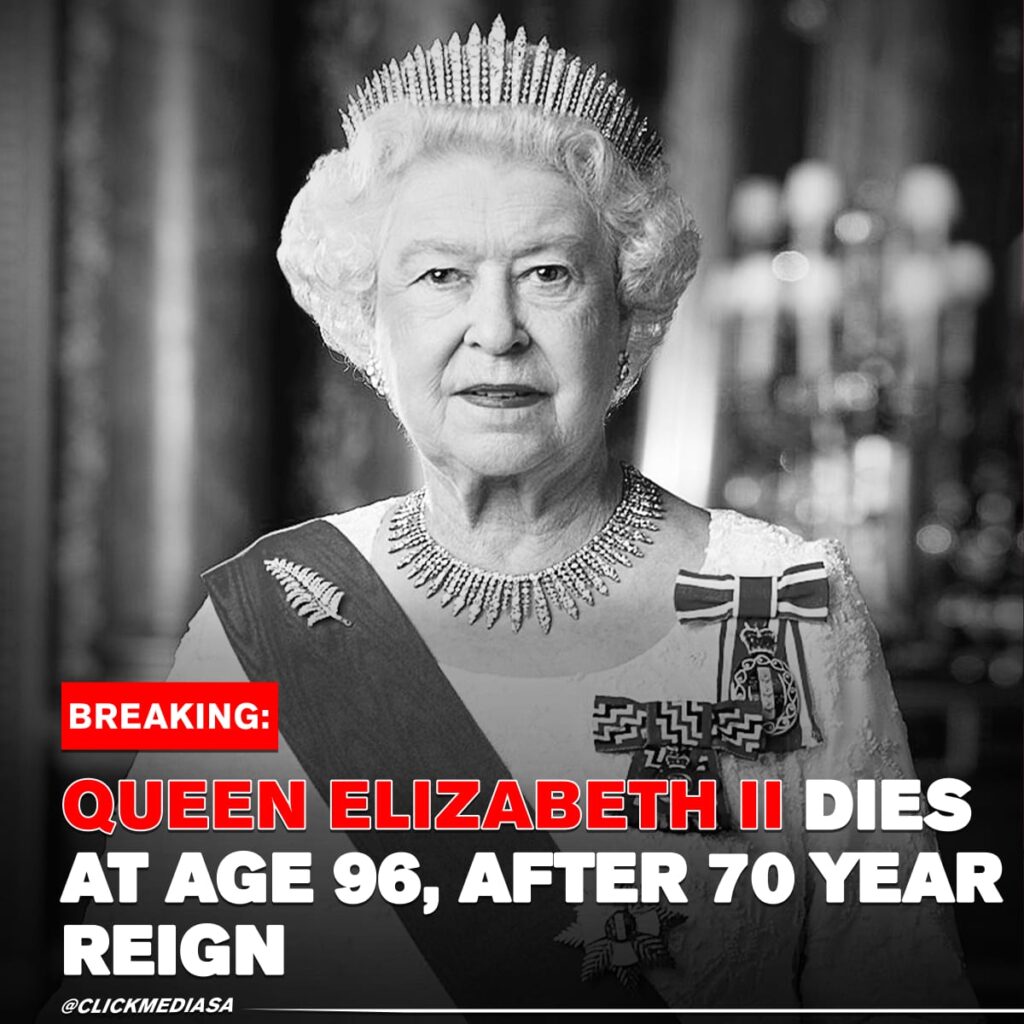 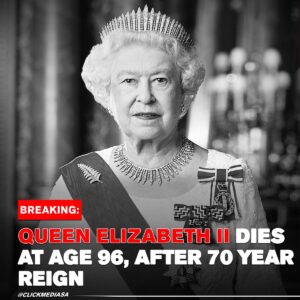 After reigning for 70 years, Queen Elizabeth II, the United Kingdom’s longest serving monarch, has died at the age of 96.

Senior royals gathered at her Scottish estate after concerns grew about her health earlier on Thursday in Balmoral.

It is alleged that the Queen had been under medical supervision, at her castle in Scotland and died peacefully in her sleep.

Her son King Charles III said the death of his beloved mother was a “moment of great sadness” for him and his family and that her loss would be “deeply felt” around the world, and  throughout the country, the realms and the Commonwealth, and by countless people around the world.

The Queen came to the throne in 1952 and witnessed enormous social change.

Her son Prince Charles, automatically succeeds her, as King Charles III. He will be taking her place in ruling over the UK and more Commonwealth nations. He will lead the country in mourning as the new King and head of state for 14 Commonwealth realms.

Former American President Barack Obama and his wife Michelle said they were grateful to have witnessed one of the world’s longest serving monarchs.

“We are awed by her legacy of tireless, dignified public service,” said the former president.

“Michelle and I were lucky enough to come to know Her Majesty, and she meant a great deal to us,” she welcomed us to the world stage with open arms and extraordinary generosity.”

Not many people in the UK have known another monarch, so the end of Queen Elizabeth’s reign after more than 70 years will push the royal family — and Britain — into days of mourning and an uncertain new age in generation.

US President Joe Bidden and his wife were quoted in a statement saying “She was stateswoman of unmatched dignity and and constancy, who helped make our relationship special.

May her soul rest in peace, & congratulations to the new King of England, King Charles III and his new Queen.