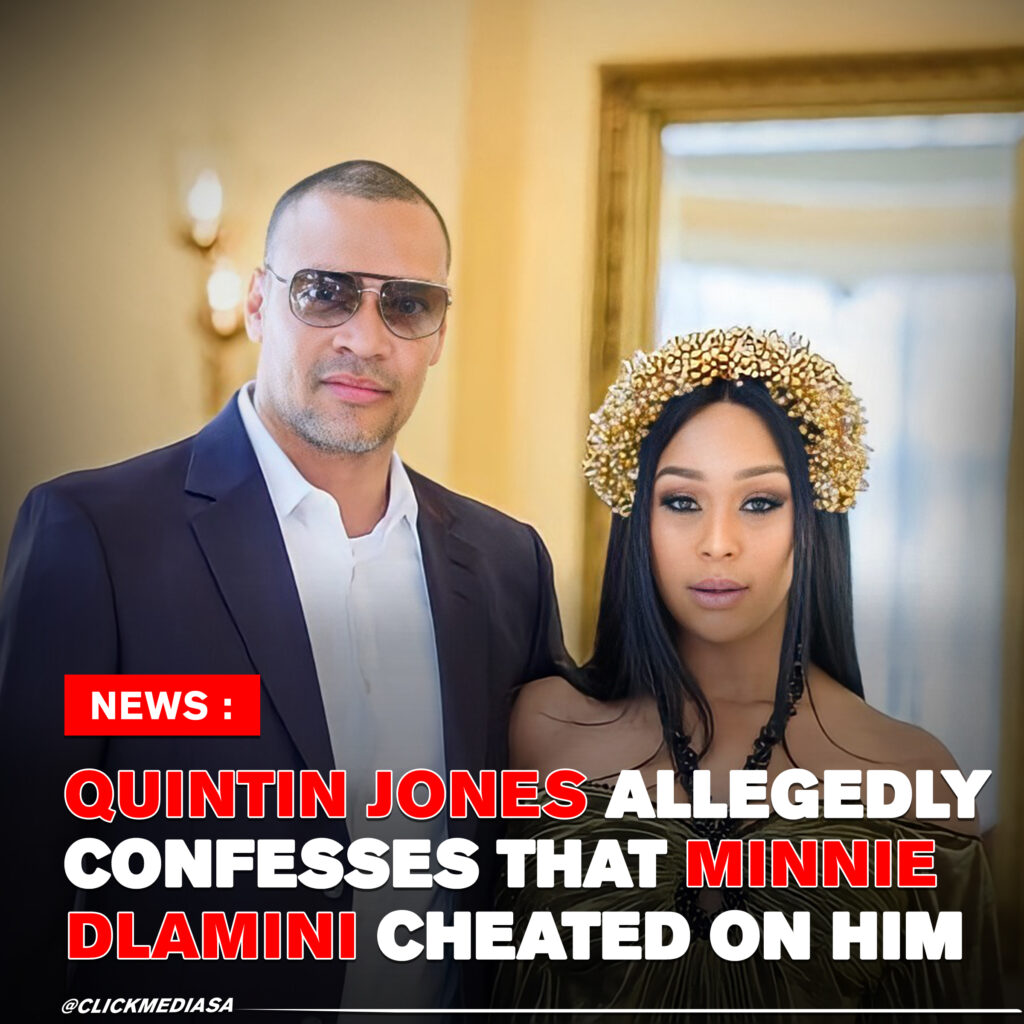 According to entertainment blogger Musa Khawula, Quintin Jones has confirmed that Minnie Dlamini’s infidelity is the main reason their marriage collapsed.

Apparently Minnie Dlamini had claimed that the reason for their marriage to end was because they fell out of love, but according to Quintin, Minnie’s unfaithful ways are the main reason their marriage ended.

A video of Minnie with a new man has been doing the rounds on social media. In this video Minnie is seen wearing matching jackets while partying up a storm with an alleged new man. Fans believe that Minnie tried to love Quintin but also just missed being single and being able to do what she wanted whenever she wanted to.  Fans are also wondering when this video was actually taken, but one thing fans do agree on, is that Minnie looks like she is in a very happy space & is enjoying her youth again.

The most interesting part about this supposed confession from Quintin, is the fact that Quintin does not seem to have any social media accounts, so we are still unsure where exactly Musa got this confession from.